Almost everywhere you go in Ireland you’ll find remains of monastic settlements, some still at least partially in use today, others in such complete ruin that only a bare outline of what once existed remains. Clonmacnoise is one of the largest and most fascinating such places in the country, the remains of what was once a great ecclesiastic city and a European centre of religion, learning and craftsmanship.

The first wooden monastery stood  here about 1500 years ago, though there is good evidence that the site, at a strategically important location on the River Shannon, was inhabited and important as far back as the Iron Age.

However Clonmacnoise was at its greatest between the 8th and 12th centuries. It was during this period that the cathedral, churches and towers we see today were built, as well as roads, bridges, a river port, houses, wells, kilns and other structures that speak of a highly organised and industrious population.  Some of the most beautiful and enduring artworks in metal and stone ever seen in Ireland were created, including the Clonmacnoise Crozier and the Cross of the Scriptures. 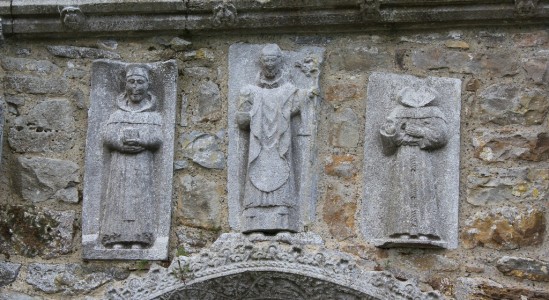 Anyone who enjoys old graveyards will want to linger and explore here – more than 600 carved crosses or memorial stones have been found at Clonmacnoise, ranging in date from the 8th to 12th century and most with clearly decipherable names.

#2 of 17 attractions in County Offaly