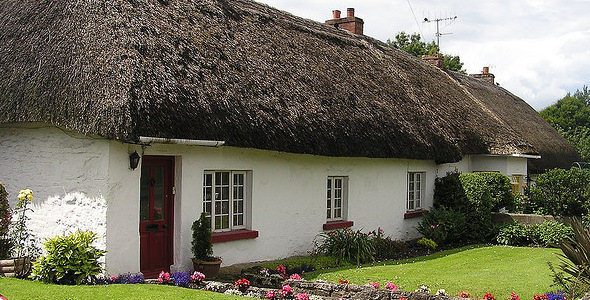 Visit the magnificent King John’s Castle and the unique collection at the Hunt Museum. Frank McCourt fans can take a walking tour around some of the places mentioned in his best-selling memoir “Angela’s Ashes”.

Adare, an estate village built by the Earl of Dunraven who lived at nearby Adare Manor, is famed for its pretty thatched cottages. At Muckross House in Killarney board a Jaunting Car (house and carriage) to travel the shores of Killarney’s famous lakes. 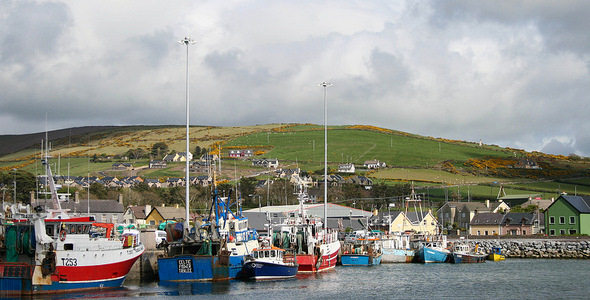 Today we drive through some of the most stunning scenery in Ireland – and on some of its narrowest roads! The fishing town of Dingle is a haven for Irish music lovers, its narrow streets always lively with many pubs restaurants and craft shops.

Just off Slea Head are the Blasket Islands, uninhabited since 1953 but visits can be arranged. Nearby Gallarus Oratory, shaped like an upturned boat, is over 1000 years old and still intact. The windmill at Blennerville is one of only two remaining in Ireland and is visible for miles around. 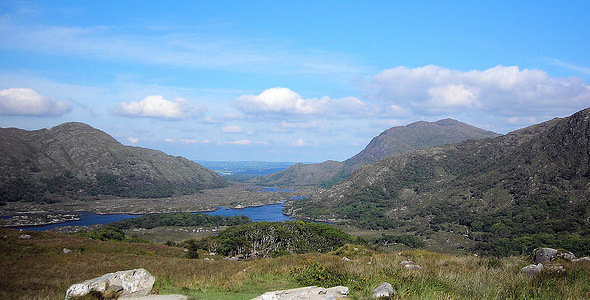 More breathtaking scenery today in a tour of this most famous of scenic routes. Not far from Killarney at the start of today’s tour are a group of Ogham stones. Ogham is believed to be the earliest form of writing and is clearly visible here.

“The Red Fox” pub in Kilorglin is famous for its Irish coffees; its owner is responsible for saving the Kerry bog pony from extinction and will be happy to show them to you. Near Sneem the ruins of Staige Fort, more than 3000 years old, are well worth a stop. Kenmare is a wonderfully situated town and a very good place to do a little shopping.

West Cork is a fashionable holiday destination for wealthy people from all over Europe, who prize it for its peace as well as beauty. As a result property here is among the most expensive in Ireland.

Bantry House, overlooking Bantry Bay, was home to the local earls and is now open to the public. Just off the shore at Glengarriff, Garnish Ireland is a semi tropical garden, planned to avail of the unusually warm micro-climate in this area. The drive by Roaring Water Bay to Schull, Ballydehob andMizen Head is one of the most spectacular in Ireland. We end our day in the charming fishing village of Kinsale (left), a renowned gourmet’s paradise. 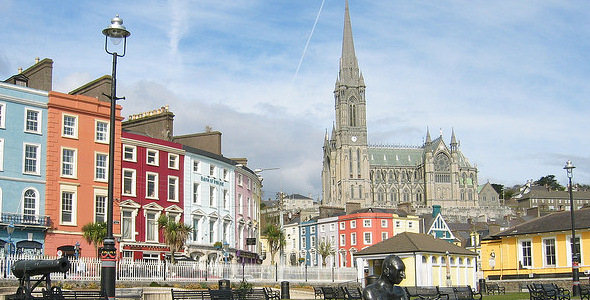 Cork is Ireland’s second city and is a prosperous and busy port city. Kissing the famous stone at Blarney Castle is said to impart the gift of eloquence, but you must be suspended upside-down to achieve it! Nearby Blarney Woollen Mills is probably the best place in Ireland to purchase Irish clothing, gifts, glassware or pottery.

Cobh was the last port of call for the Titanic and the point of departure for many Irish people emigrating to America. Cashel is home to the magnificent “Rock” which dates back to 370AD and once the seat of the Kings of Munster. 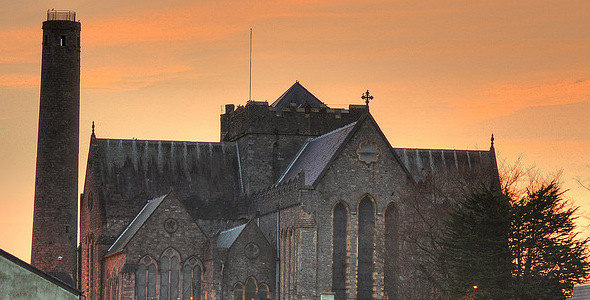 Explore the narrow streets and lanes of medieval Kilkenny with its many historic buildings, including Kilkenny Castle and St Canice’s Cathedral – a guided walking tour of the city is well worth while. The Cistercian Abbey of Jerpoint, close to Thomastown, dates from 1158 and was one of the most important monastic settlements in Ireland.

The port city of Waterford is famous for its Crystal Factory – a tour is highly recommended. We travel back to Kilkenny via New Ross, the birthplace of John F Kennedy’s ancestors, and the charming village of Inistioge with its tree lined square. 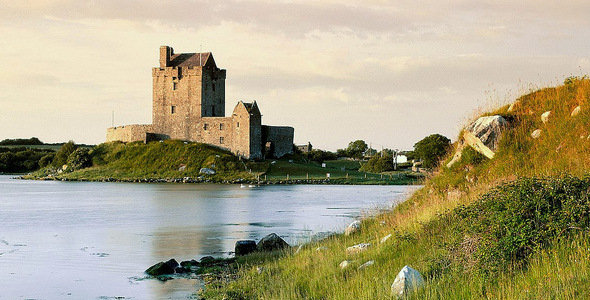 The Burren covers 100 sq miles of lunar like rock with underground rivers, caves, turloughs and ancient burial places, some dating back more than 3000 years. At 800 feet above the Atlantic Ocean a walk along the Cliffs of Moher (left) is a bracing experience.  O’Connors Pub in nearby Doolin is a mecca for traditional music.

Lisdoonvarna, home to an annual matchmaking festival, Ballyvaughan and the fishing village of Kinvara where a very old type of boat, know as the Galway Hooker, is still popular. The lively university city of Galway, capital of the West, is a great place for those who like a night on the town! 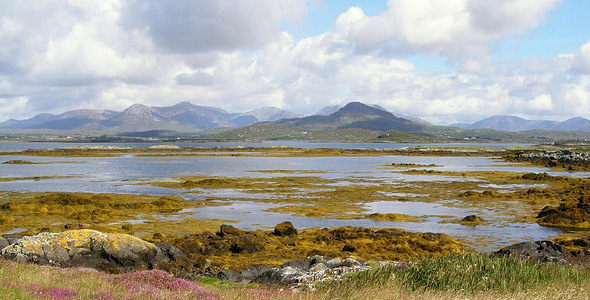 Close to Galway city centre is the old fishing village of “The Claddagh”, where the famous Claddagh ring originated. Connemara, an area of rugged landscape, bogs and mountains is known for its clear light and unspoilt beauty.

The town of Clifden famous for its Connemara Ponies, a breed renowned for good looks and an even temperament, and was also the landing point for the first transatlantic flight. On the return trip through the Maam valley (left) you are likely to see locals harvesting turf, used as fuel, from the bog still using tools and methods a thousand years old. 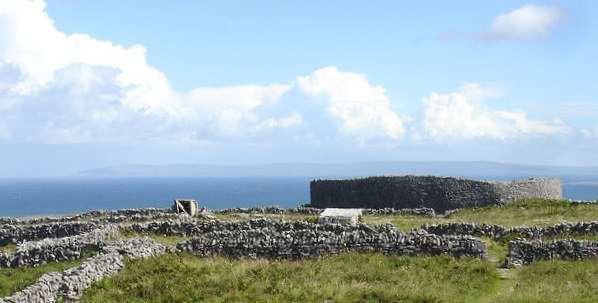 The three Aran Islands are situated in Galway Bay and the ferry crossing takes about 50 minutes depending on weather. The population of the three island is approximately 1000 with most of those on the main Island, Inishmore. Gaelic is still spoken  the older people on the islands.

Dun Aenghus, on Inishmore, is one of the most spectacularly situated circular stone forts in Ireland, perched on the edge of the cliffs. All three islands are dotted with ruins of small churches, dolmens, and some beehive huts.

Today’s activities will be determined by departure times. For those with late flights it is a good opportunity to linger in Galway, see any places that were missed on the earlier visit to Limerick or to spend a few hours at Bunratty Castle (left) and Folk Park, which is very close to Shannon Airport.